Over the past year we presented topics and subject matter related to PC enhancement.  Here, we highlight the best of these with respect to enabling you to take action against unwanted behavior or to improve your PC skills.  It is our hope that you can take a look at this year in review and select any article that will assist you to carry out your PC goals for the upcoming year.  It’s likely that you too have a wish list of items that need attention.

Here is an overview of the articles in three categories:

Here are the articles we have chosen from 2015.

About:  We examined both the overall effect of the greatest modern day hack as well as how it came to our attention via someone seeking our support and professional guidance.  This event involved hackers stealing close to 40 million users’ records from Ashley Madison.  Continue reading...

Zen and the Art of Motorcycle Maintenance is a book we hold in high regard at CompuClever.  We would even go as far as to say that every technical support person should read it.  Not only is it a work of philosophical non-fiction, Robert Pirsig wrote it over a four year period while he was working as a technical writer creating computer manuals.

Pirsig describes the book by what it is not: “it should in no way be associated with that great body of factual information relating to orthodox Zen Buddhist practice. It’s not very factual on motorcycles, either.”  It can be considered an investigation of quality; the metaphysics of quality.  The main character strives to find the answer to what is considered good or “quality”.

We start from this point as we are seeking how to best determine the quality of our PC.  One valuable way to identify PC health is to examine and take full advantage of error messages.  They are technically specific and often incomprehensible to the person using the computer, which makes them rather maddening to appear on your screen.  In many cases people will report a problem and make some mention of an error message, but in most cases, use vague terms. Continue reading...

One of our top support technicians has passed on some very useful tips on Windows shortcuts that he wanted to share with our readership.  That spurred on some others of us here at CompuClever to chip in our favorites as well.  Here is what we have come up with. We hope these will help you to easily navigate the choppy waters of the Windows operating system. 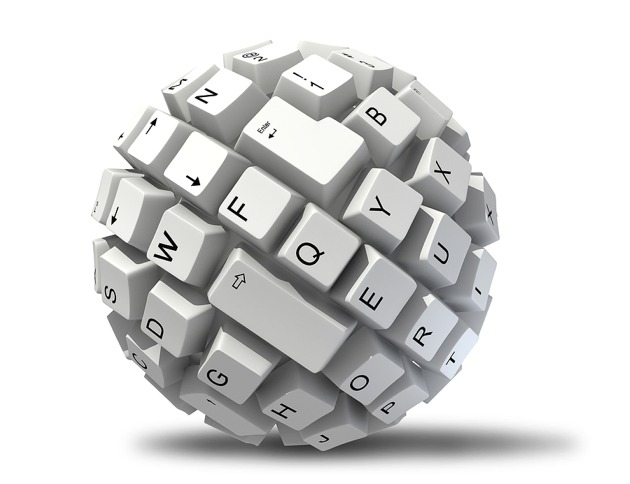 The Windows operating system can be a maze of commands, and people new to Windows or to computers in general, can find it daunting.  As with anything though there are always some hidden tricks that make things easier so I thought we should shed some light on them to make using Windows less intimidating and let you wow your friends with your new nerdy skills.

PC computer keyboards come with a button that some of us at CompuClever were not 100% certain about in terms of functionality.  So we are all learning something new!  The Windows Logo button is between the Ctrl and Alt keys and has the Microsoft Windows “flag” on it.  We will refer to it as the Windows

key or simply the Win key. Most of the Windows shortcuts introduced below involve this particular key. Continue reading...

What are the consequences to piracy that involves millions of users and personal information? We look at both the overall effect of the greatest hack in modern day as well as how it came to our attention through someone seeking our support and professional guidance. We offer here testimony and strategy.

Unless you have been living under a rock for the past few months, you must have heard about the Ashley Madison account hack. This was where hackers released the entire user database of names, email addresses, billing information, and account details of 38 million users tied to the site. Some described the historical hack episode as an extinction-level event for privacy.

Jeff Yang, a columnist for The Wall Street Journal, asked this simple but stern question in his CNN-syndicated commentary – Ashley Madison hack: privacy becomes extinct. Comparing the incident to the prehistoric planet-wide catastrophe that wiped out the Jurassic World, Yang declared that the data hack of the Toronto-based infidelity website was “an extinction-level event for privacy”.

We were shocked when we first learned that hackers managed to steal close to 40 million users’ records from Ashley Madison, which made claims shortly after the incident that its members remained anonymous. Continue reading...

Over the last few years Internet fraud has increased and is becoming a serious issue for online transactions. Using a variety of methods, online thieves can easily access important information like bank accounts and personal data. This article helps you to understand essential techniques hackers deploy to break into your bank account and how to nullify these hacking attempts by using tools that may already be available with your antivirus application.

To infiltrate your bank account hackers need exactly the same set of complete credentials you would supply to your online banking site. It is extremely rare, although not impossible, that a hacker would directly contact someone who would then voluntarily give away her bank account number, login name, and password over the phone or email. But it is very common that a compromised PC infested with malware can provide hackers with the necessary recorded keystrokes, mouse clicks, and even screenshots. By mimicking the procedures they’ve learned with the obtained credentials, hackers can digitally impersonate you and thus gain access to your bank accounts over the Internet with ease.

You can defuse these attempts head-on by knowing the essential schemes used by hackers. Continue reading...