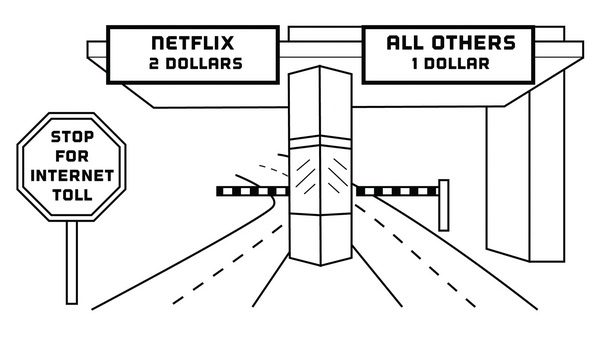 Currently, one popular speed test site performs more than 5 million speed tests each day.  This speaks to the need of attempting to verify if our Internet is slow or suffers from periods of poor connectivity.  Stopping and waiting for a video or show to buffer in the middle of viewing or being cut off during an online chat session – these are sources of frustration.  This is especially true given the fact that we paid for a service and full expect that it should deliver.  When you signed up for a service you may have heard the boastful claims for fast download and upload speeds.  But, do those numbers hold up to everyday use?  And why do we face slowdowns?  Many service providers are looking at changing the monthly subscription model to a usage model.  What leeway do they have around charging more for priority services; and, what about government regulations in this area?  We’ll look into these concerns and we’ll show how all speed tests are not created equal.  We also have a list of phrases, terminology, and speed measurements to help with some of this subject matter.  We’ll start with some recent news.

In the News: Fair and Equal

At the end of February of this year, The Federal Communications Commission (FCC) voted to have the same rules applied to broadband as what is governed by the telephone service.  This is in the hope that ISP companies provide fair and equal treatment. This means net neutrality regulations will be adopted “…based on a new definition of broadband that will let the government regulate Internet infrastructure as it could the old telephone network.”[1] The good news is that there will be no blocking or slowing down traffic by service providers. They are also banned from offering paid priority services to charge companies like Netflix fees for Internet “fast lanes” when facing congested network lines.  The common carrier principle will mean that every customer gets equal access to the network.

There are critics to this decision – Michael Powell, a former FCC chairman referred to it as “…heavy-handed government regulation in a space celebrated for its free enterprise”.  There is a concern about the government getting too involved and applying new tax and tariffs.  President Obama has released a statement saying that “…there should be no toll takers between you and your Internet content”.  If you would like to find out more about this, including an instructive video, see this link: money.cnn.com

It is likely there could be further developments and this will continue to be a hot debate moving forward; be prepared to hear more about “net neutrality”. For now, it is useful for us to focus on what we currently experience with our Internet network speeds.

There are several terms that require a quick definition for us to continue.  These are:

Types of connection vary as do speeds of data transmission:

Now that you have a better idea of the various components of Internet connections, let’s talk about speed of transfer.  If you have ever had to deal with using a dial-up modem you know how important speed of access is.  The units of measure for bandwidth speed are kilobit per second (KBit/s) or megabit per second (MBit/s or Mbps). While it may be challenging to wrap your head around 1 Mbps being one million bits of data transferred in 1 second, it is useful to get an overall idea of the average speeds achieved by various types of connection.  For example, the top speed for dial-up is about 56 kbps.  The slowest of the High Speed Internet options is more than 15 times this speed starting around 768 kbps to 1.5 Mbps.

What speed should you expect:  Follow this link: Types of Internet Connections to discover what speed you should be getting with your method of Internet connection.

We have examined four speed tests sites and provided the results here.  We focus primarily on ease of use with these sites.  We will also provide some information on the results in terms of accuracy and lack of accuracy.

Of our four tests this is the only one that is not powered by Ookla.  This means it could differ in its results from the others (we will speak to this later).  What we first notice when visiting this page is the amount of advertisements that are presented.  This site, like many others, gets revenues from other companies that benefit from users with slow PC performance.  As there are several ads we have a difficult time finding the place to start.  Eventually we notice a small “Start Test…” button.  The test itself takes under a minute to complete and was reliably the fastest of the test sites we examined.  The results, as can be seen from our image below, are presented in a bar graph style.  The graph is a great representation of what is going on – in this example, considerable spikes of Internet speed.  What we do not like about this test is that they point out only the maximum speeds.  For example, the maximum here is 7.42 Mbps.  We would have to guess at the average speed we would be getting and assume it is around 3 Mbps.

There have been over 7 billion speed tests run on this site.  We can’t deny its popularity.  However, once again, we see a lot of ads.  On the plus side, it does have an easier place to launch from – there is a very visible “BEGIN TEST” button.  Again the test itself takes under a minute.  The results are less visually representative and the main results are provided: ping, download speed, and upload speed.  Unfortunately there are other ads presented as well. We do like the fact that speedtest.net utilizes ping test techniques to determine the closest server so you do not have to choose.  We don’t like the fact that the results are considerably different from the other tests.

Again, there are ads present from the first display to the final presentation of the results.  With this test you are required to pick a location although it is not clear as to which one you need to pick.  Most of us would pick the closest in proximity to our own location but it is important to note that web pages we visit on a daily basis can be located anywhere in the world.  This test provides the option to choose a location if this is important to you – all the other sites determine a server location for you.  After making a selection the test begins and then it appears to be doing nothing.  From our tests we found it to be the slowest of these contenders at well over a minute.  The results information displayed is minimal with ads taking up more space and the “Choose A Location” option remaining so that you can begin again.

When you first arrive at this site you see only about three items: the name of the company, the “Ookla” logo, and the “Begin Test” button right in the center of the page.  This speed test is easy to run and as clean as can be.  It takes about a minute to complete based on our connection but you see the progress as it runs through various testing stages.  The results are displayed below and are more detailed than some of the options we have covered while still being easy to analyze.  The Download speed includes a small graph although it could be better displayed with actual measurements – that way we could determine if this is an average or the maximum speed.  Despite this we find this test to be the best of the four here.

As can be seen when examining the results of these four tests, the actual download speed can vary to a large degree.  In our case, from 7.42 Mbps (Speed of Me results) and 0.34 Mbps (from Speedtest.net).  If we are to throw away these two results and average the last two tests, we find that the real speed may be around 2.25 Mbps.  So why is there this discrepancy?  We don’t want to rely on taking more than one test and averaging.  In our example, we are testing using a Satellite ISP service.  We have also tested from a high-speed wireless service (requiring a receiver dish using line-of-sight), and from Broadband cable (coaxial).

We found that the satellite tests were the most inconsistent.  The large spikes in connectivity depicted in some results graphs may explain the discrepancy.  The fastest and most consistent results we achieved were with the Broadband cable connection (TV cabling) with high-speed wireless showing more consistent speeds but being slower than cable and as slow as, or slower, than satellite.  The rule of thumb here is that direct lines (copper, cable, fiber optics) will provide the most consistent and fastest speeds.  However, this does not mean that these types do not suffer from poor connectivity.

For now, we have had a good start into introducing this area of computing – one we use daily and take for granted.  In the next article we are going to look more closely at why our connection speed suffers and what we can do about it.  Stay tuned.

We will continue to provide story lines like this that benefit all of us and we will describe them in a manner that is within reach of everyday computer users.  If you have some ideas of topics you would like us to cover, email us at: newsletter@compuclever.com