Your PC’s performance is directly linked to how much “physical memory” or RAM your PC has – free RAM memory space means programs run more quickly and Windows is more responsive and enjoyable to use.

Many people buy more RAM to speed things up, but buying and adding more physical memory will only be a temporary, expensive measure if you don’t manage memory usage on your PC. Even PCs that have a lot of physical memory available still need to watch for actual memory usage because every program you run (and there are a lot of programs that automatically run in the background whether you want them to or not) consumes memory.

Without watching for what programs and applications you are running on your PC, especially the hidden ones and those run automatically from Windows startup are hard to catch. There are tools you can use to see what programs are running and how much memory they use.

Easily view and manage every program on your computer
PC Clean Maestro’s gives you easy access to the Windows Task Manager, which provides a quick view of your PC’s memory status and usage information. To open the Task Manager, click “Manage” from the main menu, select “Windows System Tools“.
Continue reading... 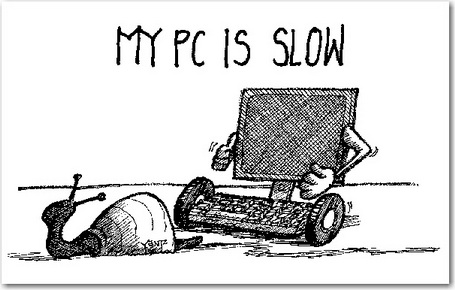 It’s a sad fact of life: no matter how fast your computer is when you first purchase it, after a few months its performance begins to fade as your computer slows down over time.

Your PC often stores and accumulates unwanted “junk” files and data. For example, over time your PC accumulates temporary files, leftover file remnants from uninstalled applications, log files, Windows error reports, and much more. As a result of all of these extra, unneeded files, you may find your PC runs more slowly.

As well, since all of these extra files take up space in your hard drive, your computer often has to work around them to find space to store files and programs you actually find useful.
In other words, unwanted files can actually “fragment” your computer’s hard drive, which means it can take longer for your PC to complete necessary tasks.

Get rid of junk an speed up Windows

Designed to help you prevent identity theft and safeguard your privacy, PC Clean Maestro also removes unwanted files and data from your computer, all in order to make your PC cleaner and faster. The best part is that the Junk Removal function is FREE – no purchase is required. Continue reading...

You’ve probably encountered this before – you’ve hit some sort of keyboard combination when using a Windows computer that results in a dialogue box asking you if you want to enable “StickyKeys”. And like me, you’ve probably quickly hit “escape” or “close” and have continued on with whatever you were doing in the first place.

What are StickyKeys? Fundamentally they’re a form of accessibility for PC users who may be living with some sort of disability, typically visual impairment, or blindness.

However, StickyKeys can become a powerful tool that can help anyone get more out of their computer.

When a shortcut requires a key combination, the StickyKeys feature in Microsoft Windows lets you press a key, such as SHIFT, CTRL, or ALT, and keep it active until another key is pressed. Continue reading...

Thanks to the incredible growth in online services in recent years, paired with the ability to quickly an easily connect your home computer to your entertainment system, it’s really easy to start downloading movies from Amazon or other providers and never stop! Combine that with our tendency to take HD videos of our kids, and it all adds up to hard drives that fill up quite quickly.

So what do you do if you run out of memory on your computer?

If your hard disk is filling up, you can free up a considerable amount of memory by reducing the size of your Recycle Bin. Your Recycle Bin is where all of your “deleted” files end up, but they’re not really deleted until you, the user select “empty Recycle Bin”.

Until they, all of these old files, everything from old Word docs to very large media files stay where they are, taking up space on your hard drive.

So, to empty your Recycle Bin and free up some space:

It’s a fact: Internet Explorer slows down over time. Pages take longer to load, and sometimes even crash.

Often when you purchase a new computer, Internet Explorer comes pre-installed with “tool bars”. These may look useful, but they can slow down your computer.

Luckily, we have developed a cool trick that’s easy to do, that speeds up Internet Explorer on your computer.

If you’ve downloaded the newest version of PC TuneUp Maestro:

2) Click on “Internet Explorer Repair”, and you’ll be presented with some choices.

If you click on “Reset Internet Explorer”, you’ll be able to remove all the toolbars and plugins that may be slowing down your computer.

Don’t worry, PC TuneUp Maestro will ask you every step of the way about what to remove – you get the final say on what toolbars and plugins stay, and which ones get removed.

Launch this tool, and a new Internet Explorer window will open and you can start enjoying a faster web browser immediately.