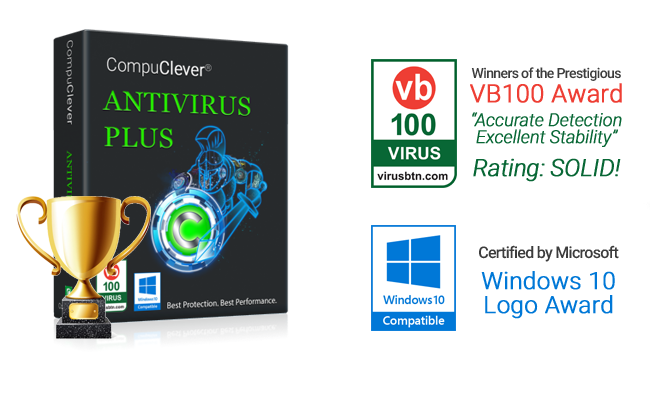 “As part of its review, released in the summer of 2016, Virus Bulletin noted that CompuClever Antivirus PLUS is accurate, stable and responsive, with a slick and attractive interface,” says Andy Thompson, CompuClever Communications Director and Editor-in-Chief. “In its review Virus Bulletin also noted that CompuClever Antivirus PLUS provides a range of PC optimization tools and other software alongside its anti-malware offering, including a browser plug-in wallet system.”

Easy to use, CompuClever Antivirus PLUS allows any PC owner to manage security with a single click. The intuitive technology also guards online privacy and digital identity, including banking and credit card details, as well as email passwords and social media information.

Based in the United Kingdon, Virus Bulletin is a magazine about the prevention, detection and removal of malware and spam. It regularly features analyses of the latest virus threats, articles exploring new developments in the fight against viruses, interviews with anti-virus experts, and evaluations of current anti-malware products.

Founded in 2010, CompuClever’s mission is to provide PC users with a safe and enjoyable computing experience. CompuClever offers products and services, powered by knowledge, know-how and expertise, aimed at enhancing computer safety, performance and stability. CompuClever software products are designed from the ground up to provide powerful utility and optimization software that can be used quickly and effectively, even by novice computer users.